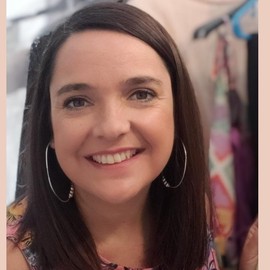 Alejandra has a degree in Social Communication with an intermediate degree as a professional journalist and national broadcaster. For the last 18 years she has been part of the team of Canal 12 de Córdoba, occupying different roles within the open television channel. In addition to being a host and columnist in different television programs, she was web editor for the launching of the channel’s digital platform, becoming the first female chief in the history of the channel, which celebrates its 62nd anniversary this year (2022). Since she graduated from the Colegio Universitario de Periodismo, she has been part of the teaching staff and was in charge of different subjects of the journalism career and the bachelor’s degree. He has a diploma in Political Journalism and a specialization in Digital Marketing.